chronicle of the parkhotel

Todays Parkhotel Schillerhain was bulit in 1903/1904 as a spa house of Kirchheimbolanden. In this function, it remained until the end of the Wolrd War II. After the war, the house served temporarily as an accommodation for allied troops. After that, members of the catholic teacher academy housed the rooms.

in 1949 the country's fire department moved in to hold courses. On the initiative of mayor Karl Fittler, in 1951 a three meter high bust of the famous poet Friedrich Schiller was built and placed in the alley, which is how the Schillerhain got it's name.

the house was rebuilt and opened as a hotel under the era of family Weinandy and Sickler.

the Parkhotel Schillerhain opens again under the management of family Wurster.

the nearby villa with 17 further hotel rooms and the popular conference area with 3 conference rooms and 3 meeting rooms opens.

Meanhwhile, the second generation is on board. Alexander Wurster leads the enterprise into the next generation.

the beautiful event garden with wooden floor and a pagoda tent was built. The ideal place for a wedding banquette or a family party.

the expansion is finished - with 40 new hotel rooms, 7 modern conference rooms, a nature spa area with different saunas and a view of the tree tops on the third floor, as well the new bar "Auslese". 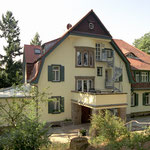 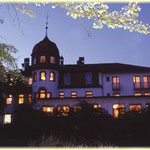 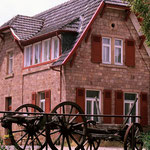 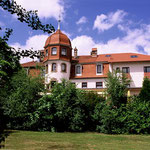